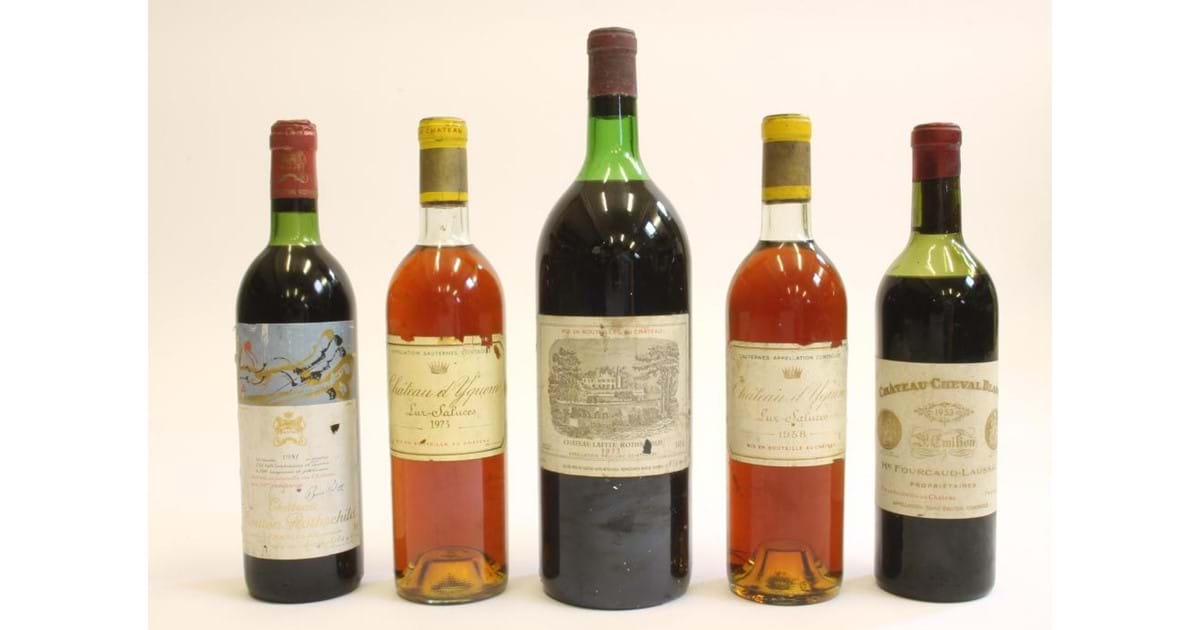 A convivial roomful of buyers gathered at Hartleys’ annual wine sale in Ilkley on November 22nd paying over £57,000 for 450 lots of fine wine, port and old spirits.  Only twenty three lots (or 5%) were left unsold by the end of proceedings.

Two local deceased estates in part dominated the content in very different ways.  The first from a retired restauranteur, produced a large part of the seventy lots of port on offer and this section alone realised nearly £20,000.  The other had originated in a valuation for inheritance tax in 2012, and at that time included a large quantity of cases of wine.  By the time the instructions to sell were received the family had decided to retain all the cases leaving a large rack of over six hundred odd bottles to sort out.

This typified this annual sale which always offers the full spectrum from full cases to very mixed lots, and accordingly attracts a large number of private buyers as interested in drinking as dealing or investing.

The miscellanea section at the start included some venerable single bottles of brandy.  A bottle of 1875 champagne Cognac reached £400, a bottle of 1893 Eschenauer Cognac sold for £350 and a bottle of 1914 Hine found £320.

The Bordeaux always produces the most interest and all bar six of one hundred and fifteen lots of sealed, whole and mixed cases found buyers.

The best price achieved was £1700 for six bottles of 1986 Chateau Mouton Rothschild while eleven bottles of 1970 Chateau Palmer (No. 12 was found to be empty when the case was opened) reached £1000.  A case of 1982 Chateau Leoville Poyferre still with the Wine Society labels in place from its delivery to the seller on the day of his christening in 1983, proved a wise choice of the godfather, as it achieved £1250.