The power of nostalgia 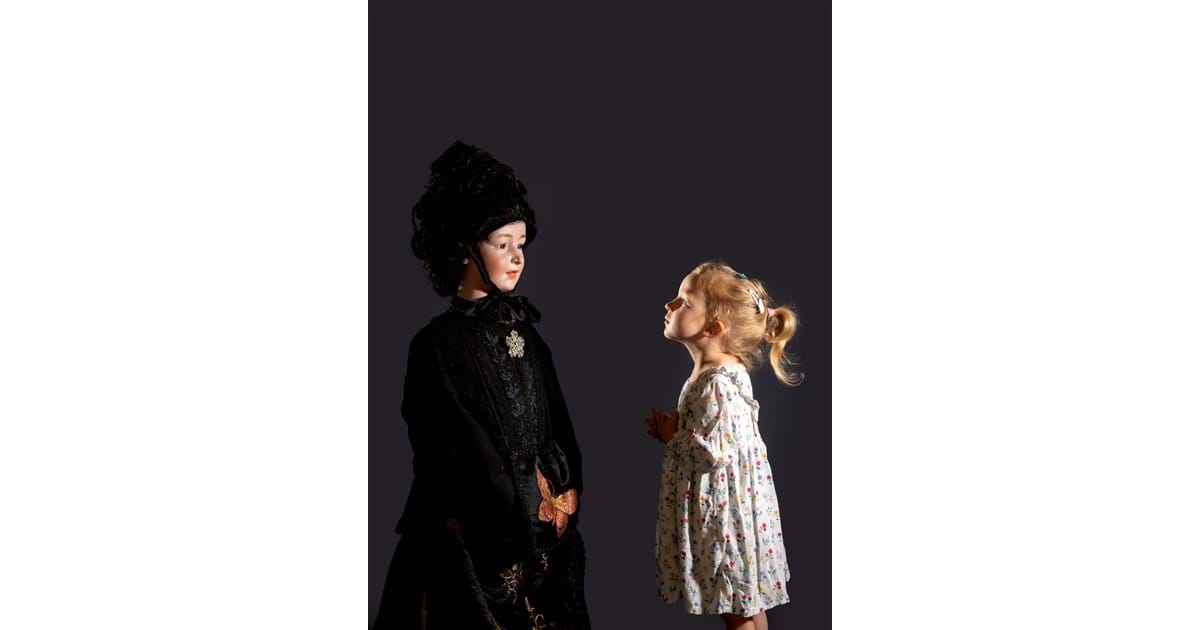 We return again to the funfair of the second of our bi-annual specialist Toy & Collectors sales. No sale in the Hartleys calendar comes with as much variety as a Toy Sale, and this was no exception. From fine porcelain dolls to rubber dancing automatons, and from antique steam locomotives through to modern bubble-packed collectors models.

The sale always starts with the doll section and for the second sale running we had a wonderfully large and high quality section, totalling in 173 lots. With a lengthy section it is hard to narrow the roster of mention-worthy items down, but the following deserve some attention: Though by no means a high price within the section, I have to mention the magnificent £290 we gained for a set of Victorian Dolls clothing originally from a 28" Jumeau doll; a wondrous total considering they only represented a coat, hat and shoes. We topped the estimate at £600 for a Schoenau & Hoffmeister Princess Elizabeth bisque socket head doll, made a whopping £640 (well over estimate) for a very pretty Hamburger & Co. bisque socket head Dolly Dimple and rocketed up to £950 for the best of the ever popular flirty eye dolls with a Kammer & Reinhardt bisque socket head doll. A very interesting and rare Gebruder Kuhnlenz bisque socket head doll made £950 ahead of its estimate, an important doll as so few dolls from this period designed as people from African nations ever used a mould specific to their race, being much more typical at the time to use a Caucasion mould merely painted a darker colour. But the best two prices of the section came from the two obvious sources, lot 125 a Tete Jumeau bisque socket head doll stamped both to the body and head which snuck past the top estimate to make £1,300 and lot 118 a 4ft tall Armand Marseille bisque head doll, believed to be modelled as Queen Victoria resplendent in her black embroidered mourning outfit, she featured on the front cover dwarfing my daughter Isla and on the day of the sale finished on a brilliant £3,800.

Next we hopped into the smaller but noteworthy teddy section, seeing strong prices across the board and excitement as ever over the “coloured” bears such as a rare pre-war pink Chiltern Teddy which sold at £320. A hilarious classroom full of pre-war Chad Valley pigs over doubled the bottom estimate at £460 and an excellent condition Schuco yes/no musical teddy fit with wagging tail and music box made £480. But the best two results from the teddies came with a rare example of the Pip, Squeak & Wilfred trio, from the 1920s and in the "soldier bear" style that rocketed passed their estimate to make £520, and a handsome pre-war Farnell straw filled teddy who peaked the section at £1,850.

Within the highly varied miscellaneous section we had 144 lots and a brilliant 97% selling rate. The highlights of the section came across the board with £300 for a rare Allwin De-Luxe penny slot machine, £320 for a well looked after Shackleton Foden clockwork lorry and £580 for a quantity of mostly unopened or unused Meccano parts including many rare and hard to find items. But the two peaks of the section came with an early 20th Century Stephens Gum enamel sign which made ten times the mid estimate at £1,000 and lot 346 a 1960s Wurlitzer hi-fi jukebox which pushed past the top estimate to gain the highest price of the sale with £6,400; this lot will be greatly missed with most of the sale being put together to the rich voice of Elvis Presley.

The figures section was made up of 106 lots and ended with a whopping 98% selling rate. This section historically has been dominated by Britains lead soldiers, but the real “changing of the guard” here has come from the fact that on many fronts the plastic soldiers have now overtaken the lead soldiers in value. Amazing to think as the production process for the plastic soldiers is much simpler and they represent more modern production, but here we have an obvious example of people coming of age and collecting items that were important in their childhood – after all nostalgia sells. With this in mind the second highest price of the section came from a small group of unboxed Britains plastic mounted soldiers that topped out at £290. But the best of the section came from a boxed German made Ponton Train Set late 19th century soldiers, which doubled the lower estimate at £420.

The diecast vehicles section was made up of 193 lots and incredibly only left one single item unsold. There were fewer “star lots” amongst the offerings here, but similarly to the soldiers we saw higher than expected prices for the modern military vehicles - such as lot 506 which sold for an impressive £440 for 10 boxed late Britains vehicles. But the best of the single item lots in the section came with a boxed Corgi 267 first issue Batmobile, which reached the top estimate at £120.

The end of the sale is dominated by the three train sections - small scale (including 00 gauge), 0 gauge and the large scale & railwayana. The three sections totalled at 107 lots and sold with 97% success. The best of the 00 gauge was seen with two consecutive lots of modern high quality boxed sets - lot 688 a Hornby live steam Mallard Set with L.N.E.R. blue A4 which made £300 and lot 689 a rare Hornby additional live steam A4 "Silver Link" which made £290. The best of the 0 gauge came from a scratch built L.N.E.R. County Class locomotive “234 Yorkshire” which made its estimate at £300 and a high quality Ace Trains L.N.E.R. A4 "Osprey" which made £640. Lastly, the best of the large scale items was seen with £640 for a pair of locomotive number plates for Peckett & Sons and £1,250 for a brilliantly engineered double horizontal Tangye Mill Engine.

This sale is always an honour as so many of the items represent the nostalgic emotions of the vendor's childhood and family life, making it even more important to do them justice. So I could not be happier to end with a whopping 95% selling rate on the 787 lots on offer. The next sale is on April 2nd 2022 and we will be taking in items from now until March 1st.