The Changing Shape of Auction Sales 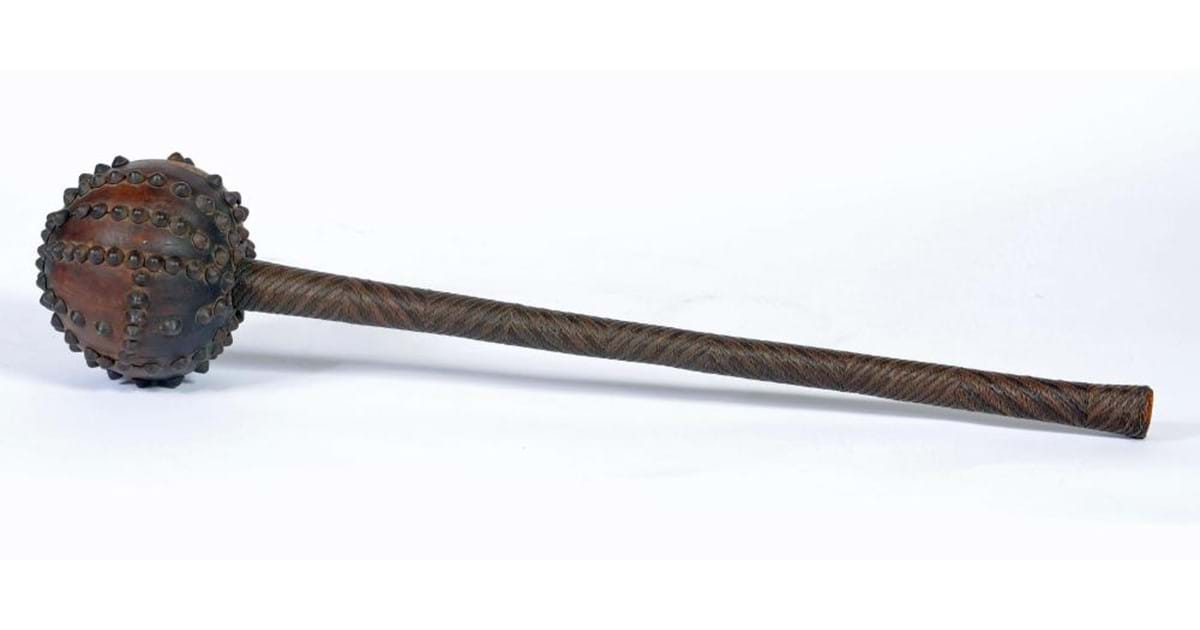 Is the way the oldies might describe Hartleys Autumn Sale in Ilkley on September 9th.  “Modern” or “Interesting” is the more likely comment of the younger generation as over £260,000 was raised from 790 lots with only 19% unsold.

Salerooms offer what is offered to them, unlike dealers who buy what they want and their character and appeal shape up accordingly.  The unfamiliar look of this particular sale was as a result of a militaria and sporting section put together by Charles Hartley to produce over a quarter of the total out of only 18% of the lots.  Add in the paintings even though 30% of this section was left unsold, and together well over half the sale proceeds were produced from less than one third of the lots in the sale.

Meantime traditional areas such as clocks and furniture produce some interesting prices but overall do not produce the same quantity of bidding and overall enthusiasm as used to be guaranteed at one time.

The weapons and sporting section was a total success with every one of the 141 lots finding a buyer and producing over a quarter of the sale total.  The section included over 100 lots from a single owner, a gentleman collector from South of Bradford who was downsizing.  He had amassed an amazing selection of items ranging from a 17th century wheel-lock rifle through flintlock and percussion action pistols and long guns, to 20th century rifles and pistols (all of course de-activated) and on to modern specialist air weapons.

His best price amongst eighteen all in four figures, was £3000 for a rare cased pair of double barrelled flintlock pistols by Gill.  Pairs of pistols took several of the top prices including a pair of officer’s flintlocks by H. Elwell with 8 ¾” barrels at £2100, and a cased pair of percussion pistols by Wilkinson, London also at £2100.  A Queen Anne flintlock pistol with 7” cannon barrel and inlaid silver decoration found £1550, a 54 bore Beaumont Adams revolver reached £1500, and a .36 Savage Navy percussion revolver £1450.

Long guns in the main performed equally well although perhaps the only disappointment in the section was a superb 17th century German wheel-lock sporting rifle beautifully decorated both on the metalwork and also on bone panels set into the woodwork.  The selling price of £2000 seemed low for such a rare piece.  Conversely, many others exceeded their estimate, such as a flintlock blunderbuss with steel barrel and in spanking condition which found £1550, a Whitworth Company percussion rifle with 33” barrel also £1550 (or three times lower estimate), a Model 1865 Spencer repeating carbine rifle £1250 and a Brunswick Tower rifle dated 1864 £1250.  From the 20th century a deactivated broom handle Mauser pistol with leather holster and belt sold well at £1000.

From other sources, a Sharps “New Model 1863” carbine rifle sold for £1250 and the carapace of a giant South American river turtle, a generous 26 ½” long, found £1500.  Auctioneer’s favourite in the quirky area was a Zulu Chieftain’s knobkerrie with wirework plaited shaft and metal studded spherical head which rose to £460.

Another area with some startling prices was the ceramics section which started the sale.  Several telephone lines to China assisted prices to rise to £1450 for a 25” Cantonese porcelain vase, £2200 for a similar 24 ½” vase with frilled rim, and £2600 for two differently figural decorated porcelain vases in blue and white.  A little later a pair of 10” Royal Worcester china vases and covers painted by Henry Stinton rose to £1150.

There were just a hundred lots in the jewellery section, which is often larger, doubtless owners are holding back for the Christmas rush.  There were several quite different pieces which produced interest, including an Edwardian necklace set with twenty one differing graduated semi precious stones selling for £2500 (or ten times lower estimate), a classic three stone diamond ring totalling 2.9cts, a more predictable £4000, and an attractive multi stone diamond ring with 1.2ct central stone £2200.

An annual offering in the September Sale is always a section on antiquarian books, maps and prints which again ensures a completely different area of interest to display in the saleroom.  A set of maps entitled “Walkers Geographical Pastime .... Complete Voyage around the World” 1821 with twenty four linen panels in original case sold well at £1300, a 1747 volume Spanish Genealogy Titulo de Castella found £950, a collection of sixty one bound volumes of Strand Magazine 1891-1927 containing first printings of Sherlock Holmes Stories £1150, thirty six Views of St Petersburg printed in France in 1824 £1450.

Finally an offering of 112 lots of paintings produced a little short of the gun section total, with as usual the length as well as strength coming from oils.  The cover picture of the catalogue was a delightful study of a provocative young lady in an exterior by Robert Gavin (1827-1883) entitled “Portrait of Phoebe Mayflower”.  It was exhibited at the Royal Scottish Academy in 1857 and now sold for £5000.  The same owner entered an English 18th or 19th century school portrait of a lady seated on a terrace which reached £2600, and a typical Venetian canal scene by Antoine Bouvard from the deceased estate of an American lady’s residence south of Bradford found £3600.  James Edwin Meadows was responsible for “A Family Resting Near Arundel, Sussex” and this produced a bid of £1250, while an early Yorkshire offering was “The Bronte Church, Haworth” by William Ralph Turner which sold for £1000.

The usual big hitters in the Yorkshire Section were in evidence, and as is often the case these days, the two best prices in the sale were both painted by Brian Shields “Braaq”.  “Me Dads Just Bought Me This”, a busy rural skating scene reached £8000, and a Winter Street Scene festooned with bunting only 13” by 12” found £8500.

Several examples of local Ilkley Scenes by Herbert Royle included “Haymaking at Denton” sold for £2000, a Scene of Cattle on the Wharfe by William Mellor reached £2900, and a small pair of oils by Everett W. Mellor £1550.

Finally it is worth mentioning Stuart Walton, a painter who became noticed in the 1960s and 1970s with his views of Leeds street scenes, usually with a street lamp somewhere in the composition.  Sets of his prints were widely marketed and hardly an office waiting room in the City escaped without a couple on  the wall.  Popularity waned in later years, but recently prices for his original works have started to climb.  A view “Wallscape Dawson Hill, Morley, Leeds” an acrylic on board dated (19)65, and complete with lamp standard, sold for £1450.  Stuart Walton born in 1933 and still painting is clearly an artist to watch.