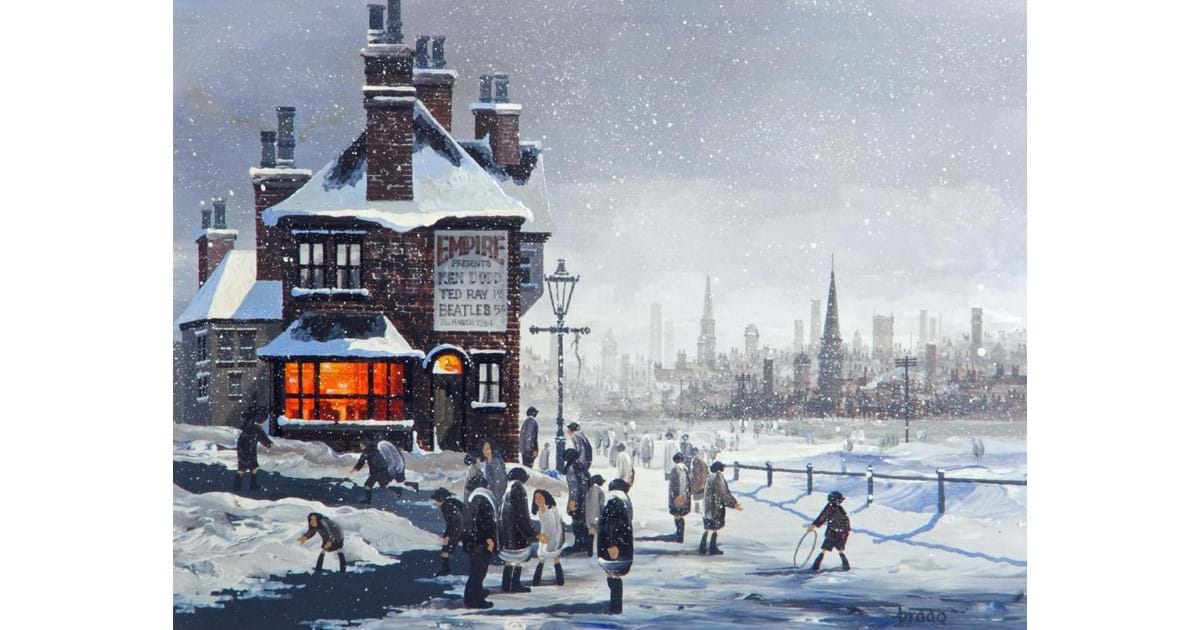 It was a hard working sale with a good quantity of highs at Hartleys Spring Fine Auction, in Ilkley on March 23rd.  A buy-in rate overall of 18% masked some commodity sections where this figure was considerably smaller.

For instance the special section for weapons and sporting items comprised 75 lots with only four lots bought in.  By far the best item here was a superb flintlock Brown Bess musket by Watkin dated 1732 with just a few early repairs and in excellent condition which doubled its upper estimate at a price of £5600.  At the other end of the spectrum, a deactivated BN2 MP40 submachine gun exceeded expectations at £2400.  A pair of Queen Anne style flintlock pistols by Waters, c.1776, reached £1350, a fine Mortimer double barrelled 12 bore shotgun in oak and leather fitted case £1100, and a Colt Model 1851 Navy percussion revolver found £950.

The silver and gold prices have slid somewhat up and down the spectrum recently and on the day it seemed to be on the up.  As a result perhaps, an Edwardian two handled tea tray of 96ozs reached £1250 (or £13 per ounce), but two results irrespective of the silver price were a George III table salt by Paul Storr, just 6 ½ ozs, which shot up to £2200, and a charming and very rare novelty pin cushion marked Birmingham 1923 moulded as a spider with padded thorax 2 ½” long which realised £950.  A little later, two Elizabeth II proof £5 gold coins sold, one with a proof £50 note at £1100 and the other as part of a special first day cover at £1070.

The picture section started with prints including three offset lithographs by Laurence Stephen Lowry.  Two in black and white were “The Football Match” selling at £3400 and “Great Ancoats Street, Manchester” at £3000.  A coloured print, also signed, “The Fever Van” found £2500.  Later, “A Westmoreland Farm”, a watercolour by Percy Kelly sold for £1000 and an oil attributed to “John Frederick Herring “A busy Stable” reached £1650.

The Yorkshire pictures always finish this section, and the usual names cropped up to dominate this area.  Of several oils by Ilkley painter Herbert Royle who died in 1958 there was “Stacking Hay, Nesfield”, depicting a farm with an oak tree dominating the centre ground and a building behind, which was bought by the current farm house owner at £2400, while the underbidder moved on to a very different “Upland Harvest”, a view higher up from the same village paying £2000.

A small pair of typical oils by William Everett Mellor of Ullswater found £1200.  The last lot in the section was an oil on board by Brian Shields “Braaq” 12” x 16”, a typical urban snow scene at dusk.  The central foreground included a public house with an Empire Theatre poster advertising Ken Dodd, Ted Ray and The Beatles (tickets five shillings) and the final price was £9000.

Furniture nowadays has polarised into two types, traditional and modern with two very different sets of buyers.  The “traditional” items now given such a bad press by the media, produced, in the main, prosaic prices usually near bottom estimate but still also featured some high spots.  Two longcase clocks, one an eight day with arched brass dial by William Nicholson of Edinburgh, the other a thirty hour with square brass dial by William Lister, Keighley, each sold for £1050.  A small 20th century carriage clock with repeater movement sold well at £950, while a most attractive Georgian walnut cased table clock, c.1730 by James Backhouse, Lancaster doubled its lower estimate at £3000.

At the other “20th Century Design” end, various pieces of Scandinavian teak and rosewood also included the quirkiest lot totalling three items in the manner of Jacques Adnet in brass bound leather and comprising a coffee table, a bookshelf and an occasional table/magazine stand.  This achieved a ten times lower estimate at £2100.

This part of the sale was however dominated by a group of adzed oak pieces by Robert Thompson “The Mouseman” from Kilburn.  Four of these were entered by a family whose father had been a personal friend of Thompson in the early 1930s.  He was a chronic asthmatic, as well as a very successful businessman in the Wharfe Valley, and his large bungalow was furnished with no carpets or curtains and adzed oak in every room.  The sale items all possessed the age and patina so much sought after, and comprised a 58” octagonal dining table at £2100, a 40” oblong stool with gently dished top £2200, a leather upholstered smoking chair with high back £2700, and a remarkable reclining reading chair with adjustable back and swivel bookrest which rose to an astonishing £6400.

One lot which was impossible to classify in any category also originated from the owners of the Mouseman pieces.  Probably made in the Middle East around 1900 it was an ornately carved wood occasional table.  It had an octagonal top supported by a standing camel on canted oblong base, and it sold comfortably above estimate at £2000.