Rays of sunshine throughout the Summer Sale 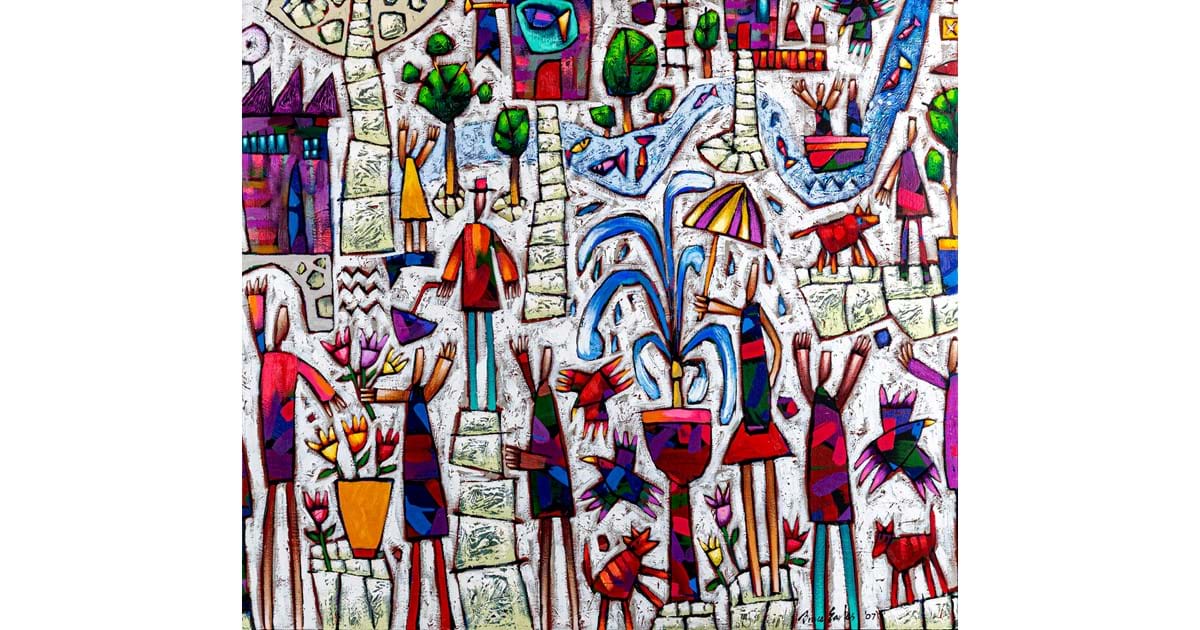 On June 16th our doors opened up for our first Fine Sale in 2021 that actually had members of the public present! How bizarre it is to have gone half of the year without hosting such an event in the way it is intended; with excited private purchasers, dealers locked in combat and avid collectors investing in their passion.

The sale started as ever with a small but well defined ceramics and glass section, with £850 for a pair of Stinton painted Royal Worcester vases, depicting the classic highland cow scene, and £420 for a first period Worcester jug painted in polychrome enamels; a whopping price considering it was only 3 ½” high and sported some obvious damage. The two best prices amongst the ceramics came with a Chinese porcelain jar and cover which doubled its bottom estimate to make £1,000, and a pair of beautifully painted French garniture vases adorned with crowned lids fetching £2,000. The best of the glassware came with a Lalique car mascot signed and moulded as an archer which over doubled its bottom estimate to reach £1,550.

A trend that caught on at the start of the pandemic continued with bullion prices highly influencing silver results and not a single piece within the silver section being left unsold. Prices on the whole were up and highlights were seen with £520 for a late Victorian plate of 20oz, £540 for an excellent quality 30oz Deakin & Deakin salver, £1,250 for a pair of stylish Arts & Crafts candlesticks and £1,350 for an early Victorian four piece tea and coffee service by George Angell (collectively 71oz). Finally, just to prove that size isn’t everything, a pair of novelty menu holders modeled as owls with amber glass eyes and weighing in at a mere 1oz 7dwts, made £230.

The theme of bullion investment continued into a large section of gold coins, dominated in the main by sovereigns of varying age. The best amongst them came from an 1890 sovereign in a gold mount surrounded by garnets, which reached £540. Jumping into the jewellery section we saw typical strength from the watches with £540 for a 1970s Seiko automatic Pogue chronograph with a stunning “Pepsi” bezel and £750 for a high quality 18ct gold late George III pocket watch by Tho. Hawley & Co. The jewellery sold well across the board, with a tourmaline and diamond bracelet hopping past the top estimate to £1,500, and a three stone ruby and diamond ring which tripled the lower estimate to gain £3,600 on the day.

The works of art section was as exciting and varied as ever, with lots from across the world and ranging from the ancient to the reasonably modern. From the Far East we saw £800 for an album of Chinese stamps from the late 19th century onwards, £850 for a highly carved Chinese mother of pearl dish and the same for a modern large Japanese bronzed vase. Much closer to home we had a Mouseman oak letter rack gain £440 ahead of its estimate, before a 19th century prisoner of war carved bone ship sold above the mid-estimate at £900. But the best of the section and sale came from a French violin with paperwork linking it to the maker Vuillaume, which rocketed past its estimate to reach £7,400, and a Chinese jade carved deity with inscribed scripture which made more than ten times the upper estimate to end on £9,500.

Onto the picture lots we started with the prints section and “On the Sands” signed by Lowry gaining the top estimate at £1,400. Within the oil paintings a tiny yet wonderful Donkey attributed to Walter Hunt made £900, an elegant portrait of Helen C. Barlow attributed to James Godsell Middleton made £950, and an oval portrait of a bearded man by James Haller made £1,350. The marvelously fun Bruce Earles abstract “Splash Out” which adorned our catalogue front cover over doubled the bottom estimate to reach £1,600, a typical street scene from Arthur Delaney gained £2,400, and a strikingly well painted piece by Edgar Hunt depicting chickens dissected the estimate to reach £4,000. Success was found from some of our local favourites as an atmospheric harvest scene from Ilkley lad Herbert Royle made £2,500, and a striking sunset from Brian Shields “Braaq” topped the section at £4,200.

Within our summer Fine Sale we always have a showing of garden and architectural items, with these we saw a sandstone gargoyle which found fame in the Yorkshire Post on the week of the sale reach £580, a pair of Victorian cast iron Medici style urns at £850 and a large pair of composition Medici style urns at £660. But the best of this fun summer section came with a carved sandstone recumbent lion (possibly 17th century), which left its estimate in the dust to reach £800.

Before getting to the furniture and final section of the sale, we found ourselves within the clocks which brought much to talk about with only one unsold item and many rosy results. A rare and interesting patent of mantle clock from the Eureka Clock company jumped past the top estimate to sell for £700, and a Black Forest clock carved in typically high relief matched the top estimate at £1,200. Of the longcases we saw two fantastic totals with a Roberts of Otley clock with a wonderfully chased face make £1,200 and a lovely quality mahogany cased clock by Jonas Barber make almost five times the bottom estimate to sell at £2,800.

Our large furniture section sold fantastically, with only 7 of the 120 lots not finding a new home. As ever the showings from Robert “Mouseman” Thompson sailed away with a pair of low bookcases making £1,000, a hexagonal table at £1,600 and an oak dresser by one of Mouseman’s followers, Horace Knight, selling for £1,800. Other highlights came with a joined oak armchair (17th century and later) which sold for £900, a late Victorian swivel chair at £1,000, a Georgian oak low dresser at £1,100, a wonderfully quirky Cumbrian farmhouse kitchen table at £1,250, and a Regency bow fronted linen press which proved value in “brown furniture” by shooting past the estimate to sell for £1,300. But the two best prices from the section came from a stunning Louis XV style kingwood and tulipwood bureau plat, which sold for £1,850, and a super quality burr walnut davenport with spring released stationery compartment, gilt metal candle sconces and hand written correspondence alluding to its presentation that over doubled the bottom estimate to sell for £1,900.

The Summer Fine sale was a great success with an end total 35% higher than the bottom estimate. It was wonderful to have our buyers with us in person once again and as we start the avid collection ahead of our September Fine Sale, we look forward to seeing you all again soon.