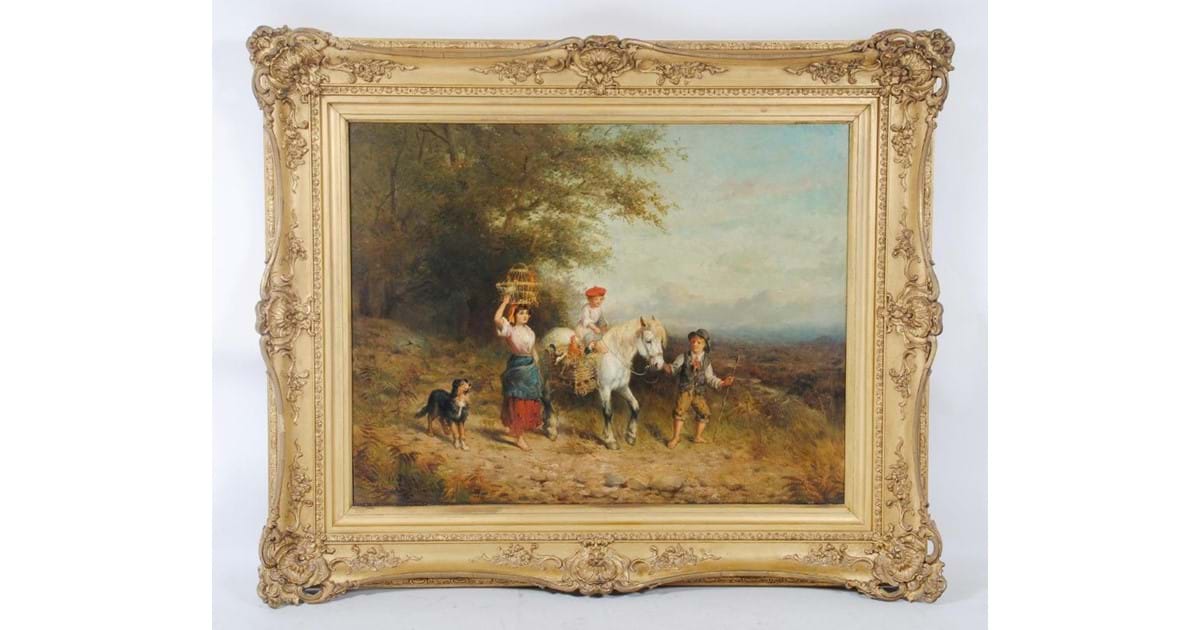 The top of the range where interest and also value were concerned was part of the 20th century design furniture.  It was a 91” adzed oak sideboard by Robert “Mouseman” Thompson with burr oak panels to doors and sides and a beautiful patina acquired over the 80 or so years since it was made.  The buyer, a specialist in this type of furniture had to compete with another strong trade bidder on the telephone to produce a winning bid of £20,000.

The item had been acquired at Hartleys by the owner in 1993 within a sale which included several beefy items of Mouseman.  The price then was a very full £3,400.  Two lots above this in the same catalogue was a classic Georgian mahogany bureau bookcase which also sold for £3,400.  Today that piece would probably appear with a pre-sale estimate of around £500 - £700.

Other items in the Design section included a nest of Mouseman tea tables at £600, a 1960’s hardwood extending dining table on chromium plated support possibly by Milo Baughman, also £600, and a 1960’s teak and rosewood crossbanded ten piece dining suite £580.

Items from the older furniture section included several quality items from an old person’s small flat nearby in Guiseley.  A Georgian mahogany and string inlaid serpentine fronted chest of drawers found £1300, and a Georgian mahogany chest on chest £1000.  From elsewhere was a plain oak press cupboard c.1700 selling at £780, and a Victorian mahogany dining table extending with the aid of three leaves to 11ft 3ins long selling at £640.

The clock section was also endowed with some attractive items, the best being a good sized French red “Boulle” and gilt metal table clock on matching stand 20” high by Le Roy et Fils which a telephone bidder succeeded to buy against Chinese trade in the room at a final bid of £2,800.  A gilt metal cathedral clock by Dent more than doubled its pre-sale estimate to sell on the net for £1150.  Two longcase clocks of very different appearance were a substantial Edwardian mahogany eight day musical clock selling at £1,250 and an 18th century walnut cased clock by J. Windmills, London which found £1500.

The special section for the June sale is always for garden and architectural items providing fifty or so lots of urns, troughs, gates, figures and other items mainly suited to the outdoors.  The two most eye catching were probably a Victorian painted terracotta lion, somewhat weathered but with an honest face which reached £1000, while a pair of wrought iron entrance gates came in at £900.

The works of art section of predominantly decorative pieces produced much pre-sale interest.  Two Art Deco silvered bronze female figures each standing on a green onyx base 14” high sold for £850 and £1250, while a small pewter and enamelled butter dish by Archibald Knox for Liberty & Co produced a rarity price of £900.

Also smaller in the flesh than many viewers expected (perhaps because the catalogue photo was over twice life size) was an early 19th century ivory phrenology head, most likely designed to be a novelty hand seal.  This doubled its estimate to sell at £1,250.  The top price in this area was the rarest of all, an A.C. Jefferies Three Row Anglo Concertina with ebony frame and tooled leather mounts in its original box.  Whilst the buyer admitted during the viewing that restoration work on this item would mount up well into four figures he was still happy to pay an eight times lower estimate price of £3,200.

The ceramics section once again produced surprises, not least being two lots each of six Royal Worcester dessert plates decorated with fruit by Ayrton and Freeman and only dating back to the 1960’s.  The prices nevertheless proved to be high at £2,100 and £2,300 respectively.

A Moorcroft 1920’s pottery three piece tea service with the “Moonlit Blue” pattern on a Cogent pewter tray found £2,400, and a charming composite lot of two sets of five each creamware bin labels of around 1800 reached £950.

Sales of silver and gold items still tend to be helped (or hindered) by the movement of commodity prices, but rarer and smaller pieces usually operate outside such constraints.  For instance a pair of George III tumblers by Samuel Hennell, London 1805, just 3” high sold for £1,250.  Our calculator suggests the buyer paid around 170 times melt price for it.

Two interesting Jacobite silver medallions were included amongst the coins, both designed by Ottone Hamerani.  The first commemorated the marriage of James Stuart to Princess Clementina in 1719 and sold for £640, the other was an appeal by James Stuart against the oppression of the House of Hanover, dated 1721 and this reached £660.

Jewellery tends to be low key at this time of year with not so many gentlemen out there desperate for ideas for gifts.  Several items deserve a mention however, and diamond set pieces tend to lead the field.  A solitaire diamond pendant of 1.35cts reached £2,200, a classic three stone diamond ring totalling around 2.70cts found £2,900, and a simple but substantial solitaire diamond bar brooch of 1.5cts sold for £2,600.  A ruby and diamond bracelet comprising thirteen heart shaped links with cabochon ruby in diamond surround reached £2,400.  Within the watches a gentleman’s stainless steel Rolex Oyster Perpetual Explorer with full documentation exceeded expectations at £5,200.

Finally, the picture section had its ups and downs with several L.S. Lowry signed prints failing to sell, but as usual, an oil painting by Brian Shields “Braaq” led the field.  It was a typical industrial scene with many figures in the foreground and it went mid estimate at £7000.  Also worthy of note were a Victorian watercolour by Samuel McCloy “News from Over the Sea” which found £1050, a charming early 18th century English School Portrait of a Young Archer at £950, and an external genre oil of three children and a pony “Going to Market” by Henry John Kinnaird selling for £900.