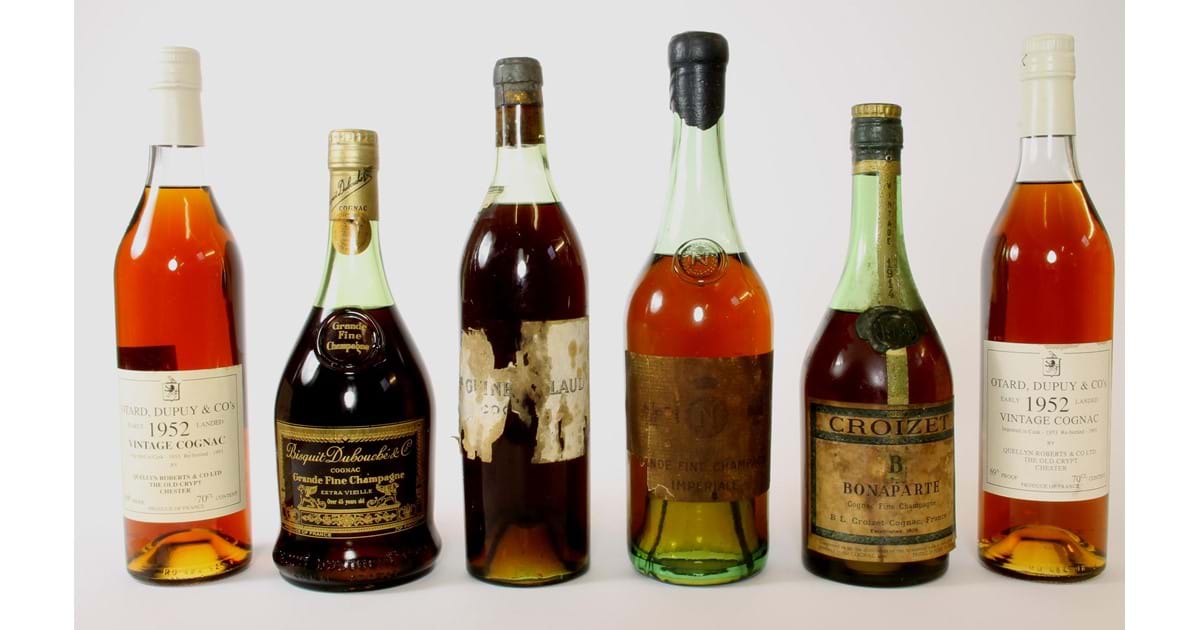 A relatively small but, in several areas, interesting wine and spirits sale was held at Hartleys in Ilkley on Friday evening December 21st.  The strength of the buyers was very much centred round rare spirits perhaps responding to the supply side, where the weaker area was the cased Bordeaux, Burgundy and Rhone.

The best single bottle of the evening was the oldest, an 1811 bottle of Imperiale Napoleon Champagne Cognac which sold for £800.

In the same part of the sale, old liqueurs sold well, including a bottle  of 96% proof Chartreuse and a 73% proof Benedictine (both over 50 years old) which sold together at £340, while a bottle of 1927 Leacock’s Bastardo Madeira reached £200.

The best bottle of whisky was a 1984 bottle of Midleton Very Rare Irish, which sold together with a bottle of Pinwinnie Royale 12 year old at £360.

The most expensive bottle of New World wine at £200 was a rehoboam (or twelve bottles size) of 1999 Melchor Conchay Chileau Cabernet Sauvignon.

Most of the port was offered as odd bottles or small mixed lots, and for instance a bottle of 1924 Dows found £165, and a bottle of 1912 Cockburns, level mid-shoulder, label very poor, reached £110.  One lot demonstrating the perverse nature of selling by auction was a pair of 1967 bottles of Cockburns.  A year ago they failed to find £60, but this time they flew away at £170.

There is nearly always a bottle or two of Chateau Yquem to start off the Bordeaux.  This year a wooden case turned up with nine bottles of 1965, in a spectrum of different states externally, from missing labels and frayed and damaged foils to still pristine in tissue.  All levels however as well as colour were good, and the nine bottles offered in four lots totalled £1210.

Most of the red Bordeaux was very much as expected but two lots are worthy of a mention.  A single bottle of 1961 Chateau Palmer with good label and a level at mid shoulder, sold well at £160.  The highest price in the sale was paid for a wooden case of 1982 Chateau Leoville-Poyferre which sold for £1300.