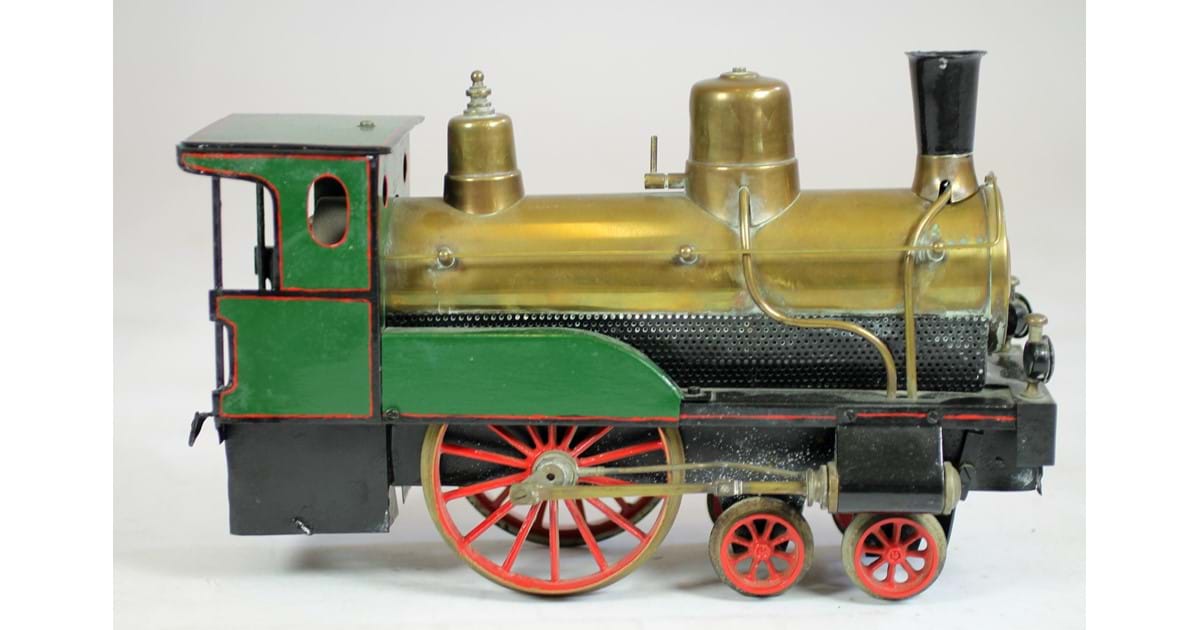 A modest offering of just 400 lots was proffered at Hartleys twice yearly sale of toys and collectors items in Ilkley on September 28th but with the help of all that the internet arsenal could provide produced nearly £40,000.

The live internet bidding not only attempted to interrupt the traditional running of the sale but in two particular categories produced a significant number of the buyers.  One thing it did not do was materially slow down the sale.  The overall selling rate remained at 160 lots per hour.

The first categories of dolls and teddies was the magnet for much of the internet and 25 of the 120 lots in this section sold by this method.

The best teddy bear was a traditional Steiff centre seam example 23” high and dated around 1930 in generally good condition which sold for £1,500.

Within the various miscellaneous sections particular interest was reserved for two old amusement machines both c.1930, comprising a “Wonder Win” which sold for £540, and an “Allwin de Luxe” at £320, while a somewhat rusty circular AA road sign for “Haggate” (Nelson 2 miles and London 208 ½ miles) reached £260.

The tin plate section deserved specialist interest with a rare Burnett biscuit tin in the form of a town car selling for £640, and a Burnett tinplate Green Lux single decker bus £380.

The greatest strength of the diecast section was the number of collective playworn lots particular of Dinky models.  Typical was a group of eight including a French Dinky 35a Simca and two Taylor & Barrett buses which reached £290.

The most interesting model railway items were two “O” gauge locomotives, a Bassett-Lowke electric 4-6-0 Royal Scot in LMS red, selling for £340, and a Hornby clockwork 4-4-0 Yorkshire in LNER green at £240.

In the larger scale items, bidding focussed on two particular items, a 3 ½” gauge 4-6-2 tender locomotive in Southern green, prosaic to look at, but well engineered, which found £900, and a Bing gauge 4 spirit fired Storkleg 4-2-0 locomotive c.1900 without tender which deserved its price of £640.

In this section was probably the most positive Health and Safety notice seen in recent years.  It was a late 19th century cast iron truck plate bearing the message “Gunpowder Van not to be Loose Shunted”.  This sold for an enthusiastic £240.