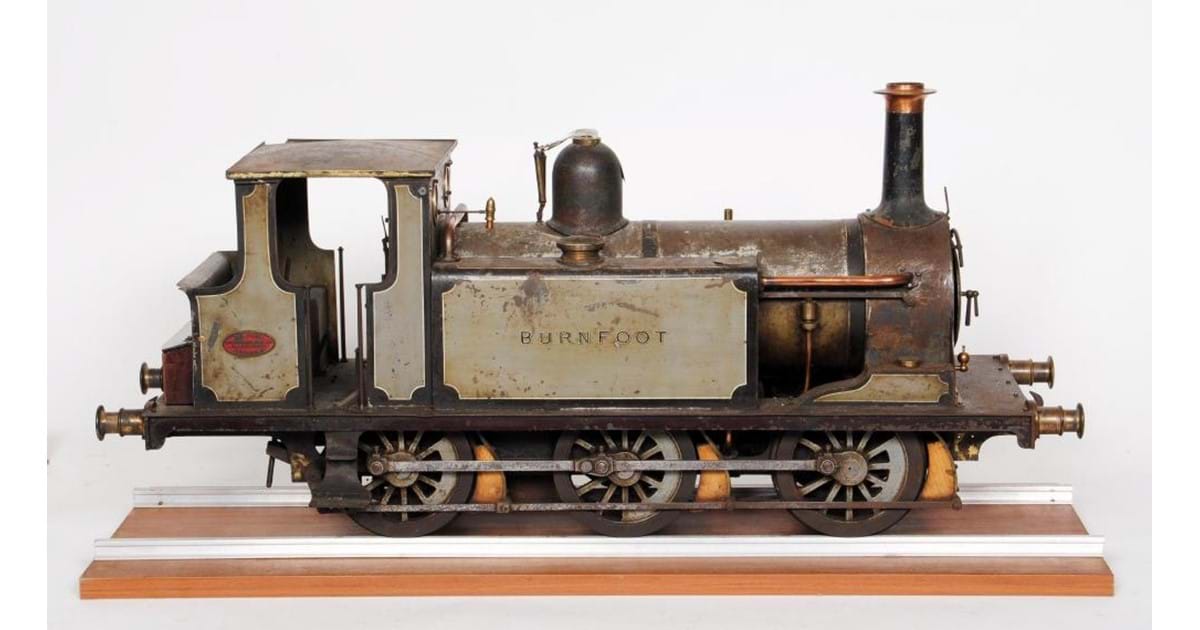 A mixed set of results produced a total of £72,000 for Hartleys Toys and Collectors Sale in Ilkley on October 6th.  The 680 lots were selected from over 150 different owners and while only 15% by lot was bought in, some areas showed much greater buying strength than others.  Demand for dolls was somewhat muted and enthusiasm for model railways could have been better, but in other areas, there was nothing to complain about.

The highest price of the sale was realised for a dealer box of 199 small Star Wars figures from the 1980’s manufactured by Kenner and others.  The newest permanent member of the firm, Charles Hartley, who nevertheless has been well used to the premises more or less from birth, over the two weeks before the sale became an instant expert on the different manufacturers involved in response to the snow storm of emails generated.  In the event a very laid back catalogue estimate of £150 to £250 was replaced by a final price of £3,600.

The sale started with the dolls and soft toys with quite a few unsold items but several astonishing prices.  Top of the list was a Pedigree Sindy doll with her friend Paul, both producing £500.  Notable bisque head dolls included a Kammer and Rheinhardt “Mein Leibling” at £500, an S.F.B.J. boy character £360, and an S.F.B.J. girl £460.  A small doll’s house in 1930s Hollywood Odeonic Style probably by Triang sold well above estimate at £420.

This area of the sale continued an on-going Pelham puppet collection from a deceased estate which this time included three members of Terry Anderson’s Supercar Team (1962-5) at £320, three others comprising Hank, and his Horse (from 1950’s BBC Whirligig) and girls’ comic star Lettice Leaf selling for £460.

An innovation to these sales was an Advertising Section which produced some excellent results.  A large “Bentleys Yorkshire Breweries” mirror found £750, two beautifully shaped glass whisky jars by McConnells reached £280 and £440, and a large glass soda syphon 26 ½” high sold for £320.  A Fry’s shop display cabinet with etched royal warrant in the glass but lacking its surmount found £380, and best of all, a Fry’s Five Boys enamelled metal sign with rust to its edges shot away at £1,750.

Amongst the Meccano and Mamod, the best price by some distance was an oak boxed No 7 Set with silver and green pieces which reached £1000.

The autograph section was mainly prosaic but included George VI and Queen Elizabeth who visited and signed in at Gateshead Childrens Hospital at £190, their daughter our own Queen and Prince Philip, in two autographed Baron photographs £230, an album including many sportsmen and variety stars but notably Winston Churchill which found £320, and a couple of H.M. Prison shirts signed by Reggie Cray and various other miscreants which sold for £200.

Buttoned onto this section were a complete set of Private Eye from issue No.35 to nearly the present day which failed to find a buyer, and a collection of eighteen early OZ magazines including No.28 the subject of the infamous obscenity trial in 1971 which together found £560.

The diecast section was dominated by a large number of pre and post war composite lots of playworn Dinky toys, many of them selling for on or over the £200 mark.  Also in this section was a Shackletons Foden FG six wheel platform lorry and Dyson trailer in fair to good condition including its box which found £420, and an unusual Rivarossi Mino bus six wheel single decker trolley bus, boxed but with some deficiencies which still reached £220.

The OO railway section in the main achieved mid to over top estimate, in spite of the crowd invariably starting low, to the chagrin of the auctioneer on a long afternoon.  Noteworthy were a very clean Trix Express train set at £560, sixteen items of Hornby tinplate rolling stock, all boxed at £270, a Hornby Dublo GWR goods train set at £220, and a Hornby Dublo Sir Nigel Gresley (pre-war) with six teak coaches, selling together at £210.

The O gauge offering included twenty eight locomotives in various states of repair, most of which found a buyer.  Top of the list should have been a Bassett-Lowke three rail electric 4-6-2 Princess Elizabeth which was bought in at £850.  Other engines that steamed away successfully were a handmade LMS Jubilee 4-6-2 at £480, a Hornby clockwork No 2 4-4-0 Southern Railways locomotive and tender at £320, another in LNER livery at £250, and a Bassett-Lowke live steam BR Mogul also at £250.

A somewhat dilapidated lot of coaches including an Ambrico Pullman car, four Exley coaches and a Milbro theatre truck sold well above estimate at £700.

The scale models and larger items was preceded by a single owner collection of around 500 volumes on railways, part of a deceased estate originally formed for a research project.  Whilst the thirty lots mainly reached around £100 per lot, the last few included some very tasty job lots of railway maps.  Fifteen Railway Clearing House maps of parts of England, Wales and Scotland reached £620, a similar lot found £580, and seven Airey’s Railway maps plus five other Clearing House maps and sundry others finally sold for £840.

The last part of the sale included various static and moving live steam models such as a 3 ½” gauge 0-4-0 “Tich” saddle tank locomotive selling at £350, a vertical “A” frame Scotch crank steam engine at £300, a small scale hand built Alchin traction engine £360, and rescued from a cardboard carton under the table in a general sale, an incomplete twin cylinder paddle steamer engine with working paddle wheels at £400.

The best item in this section was a 7 ¼” gauge coal fired model of a Terrier tank locomotive built by R.W. Page Engineers around 1900, 33” long.  This locomotive named “Burnfoot” was in its original distinctive pale blue colour (the result of the original designer’s colour-blindness) and was knocked down at the price of £1,750.