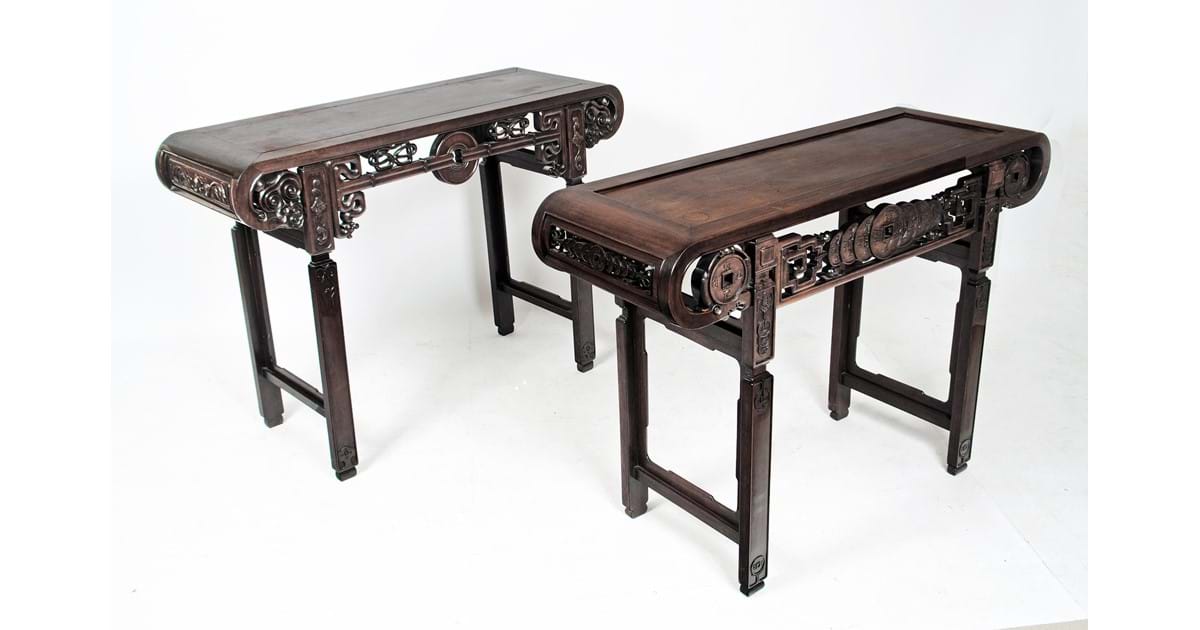 The Autumn sale at Hartleys in Ilkley, West Yorkshire, was the usual collection of highs and lows but a useful final total of £290,000 and a buy-in rate on the 789 lots of only 17%.

The first of the highs was near the start of the sale with a unique collection of sixty five lots of 18th century English porcelain entered from a Calderdale deceased estate and all offered without reserve.  The pre-sale bottom estimate total of £10,000 was brushed aside with a final tally of £23,500 with some excellent individual prices, and a near traffic jam situation with the live internet bidding jostling for position throughout.

The best price of £1,450 went to a rare Samuel Gilbody Liverpool tea bowl and saucer painted with the “Prunus Root” pattern not far behind at £1,300.  A First Period Worcester sauceboat with the “two handled sauceboat landscape” pattern reached £750 and a teapot from the same factory printed in sepia with “La Cascade” pattern found £700.

The ceramics section had actually woken up with a start at Lot 6 when a tiny 4 ¼” high Royal Worcester moon flask painted with swans by C.H.C. Baldwyn sold on the phone for £1,950.  Shortly afterwards a Cornish terracotta jug inscribed “Farmers Arms 1829” with unusual glazed decoration found £750.

The best glass lot was a Lalique “Florence” vase with unusual panelled decoration which sold for £760.

The silver was mainly unremarkable but with the bullion price holding firm, most selling prices were mid estimate.  Exceptions were a Victorian bachelor’s Aesthetic style tea service of 17 ½ ozs (London 1879) which reached £800, and an early Scottish hash spoon Edinburgh 1767 of 5ozs also finding £800.

Highs and lows in the jewellery section resulted in nearly 40% being bought in across the price spectrum and yet eight lots were sold in the four figure bracket.  These included an Edwardian three stone diamond ring of around 2.3 carats selling at £2,000, a fascinating probably Georgian multi-gem necklace with matching earrings selling at £1,850, and an Art Deco panel link bracelet set with old brilliant cut diamonds selling near its top estimate at £4,400.

The picture sections achieved their momentum as usual with the Yorkshire section, although two oils by local man Herbert Royle deserved more attention than they achieved and remained unsold.  A typical example by William Mellor of the Wharfe with Bolton Abbey in the distance sold for £2,700.  It was however once again the oils by Brian Shields or “Braaq” which took the major prices.  A skating scene entitled “He Smacked Me First” reached £22,000, another of figures on a road near a church reached £16,500, figures on a frozen lake with industrial town beyond sold for £13,000, and another winter scene with figures before a town church and snow coming down, was just below at £12,500.

The antiquarian book section produced just a handful of high prices.  These included “A Treatise on the Scurvy” by James Lund, 1757, at £950, “English Housewifery Exemplified in Above Four Hundred Receits” by Elizabeth Moxon, 1741, in quite poor condition, still reaching £1,050, and the “Universal Pronouncing Dictionary” by Neil Small, with charts and maps present but in even worse condition which rose to £1,650.

The next high occurred within a small musical section of a dozen stringed instruments and bows, which included two cellos from a deceased gentleman’s estate three miles from the saleroom.  One, stamped “C. Jervis” sold well at £1,550 but was completely eclipsed by its companion with little to identify it except the name “Duke” stamped on the base, which sold after a battle between the phones and the room at £12,500.

The best of a small clock section was a handsome ebonised and gilt metal mounted table clock 29” high, with a very seductive chime which doubled its lower estimate to sell at £6,000.

The furniture section, 84% of which found buyers, started with a number of “Mouseman” Thompson and other Yorkshire craftsmen pieces.  A Thompson leaded light bookcase reached £2,000, while his work on the frieze of an octagonal pulpit depicting a band of fruiting oak, and by far the heaviest item in the sale, ensured its selling price of £750.

The ever present influence of oriental money ensured that three Chinese hardwood pieces with the usual ornate carving got away at higher than expected prices.  A cylindrical occasional table with pierced panels around its frame, sold for £1,600, and two similar altar tables achieved £2,000 each.