A True Marvel in October 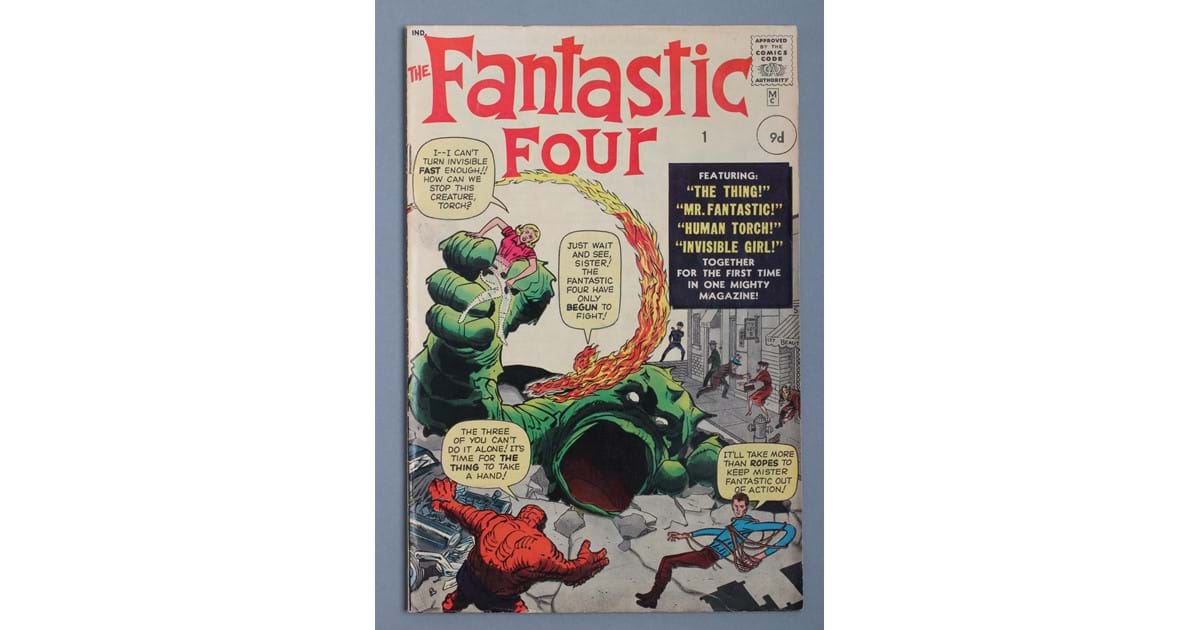 For longer than I can remember our bi-yearly Toy & Collectors sales have been one of the most important and joyful days here at Hartleys. The sale is filled with friends who came back year on year to buy and sell with us and it was a great loss to lose the first Sale of 2020, as it landed in the middle of “lockdown”. Further to this our sale was always the “baby” of Andrew Hartley who we tragically lost at the start of September this year, making the Toy Sale we held on October 3rd not only a monument to the decades of hard work he put into it, but also a sale twice the size of a typical event!

With as many as 160 lots within the dolls and teddies section alone we were always set for some excitement. In the past this section has been one of the tougher ones within the sale, with a market which is not as strong as it once was. It did not feel this way on October 3rd with a very good sale rate and items not only making their estimate, but more often than not sneaking above. Eight of the dolls made in excess of £400, with four of these going over £600. Notable mentions include a beautiful A Tete Jumeau size 12 bisque socket head doll in a splendid red velvet outfit which reached £720, a French bisque socket head doll by E. Denamur at £800, a Silber & Fleming dolls house which jumped to £460, and a Simon & Halbig bisque socket head doll with striking blue paperweight eyes which held the highest price of the section at £900. The biggest surprise however, came from a small German all bisque character doll, which standing at a mere 5 ½” high quadrupled its bottom estimate to find £400.

The miscellaneous toys section always holds a few surprises, being peppered with the toys which have yet to be defined by a traditional section; showing the future potential as the market moves and generations shift. This could not have been shown better following the dolls section as two action men collectively rose to £450, both with original boxes and the “action sailor” pipping the other on price. Showing the true value in plastic these were followed by a Thunder-Cats Lion-O in its original bubble pack gaining £380 and a Kenner Ghost-Busters Fire Station which also topped out at £380. Pushing back the age bracket by another decade we had a Tomiyama Japan U-Control race car in wonderful condition racing to £320, and pushing the timeline further still we had two consecutive lots of Great Western Railway jigsaw puzzles which collectively fetched £940.

A brief construction section held the usual suspect of Meccano with a clockwork sports car reaching £320, but again a mention has to go to its plastic descendants with four (small) lots of vintage space themed lego rocketing to £620.

Now came the figures section with another 60 lots coming and going without a single item unsold. Prices remained buoyant with £140 found for a Britains Royal Artillery lorry and the vintage Britains farming lots showed their steady rise to power with the section topping price of £240 for two boxed farm sets.

Another 200 lots came with the diecast section dominated with the well known names of Dinky, Corgi and Matchbox, popular as ever and leaving a buy in rate of only 1%. Boxes of heavily playworn vehicles continue to surprise with one mixed lot of Spot-On and Dinky cars making an astounding £540. This was followed with the on-going battle for the title of the ultimate gadget car, with Chitty Chitty Bang Bang beating Bond’s Aston Martin DB5 £140 vs £110. But my personal favourite lot in the section came in the form of a Shackleton Models FG6 clockwork tipper which steadily rose to £420, even with a broken chassis.

240 lots came from the train section, led by the N and 00-gauge filled to bursting with high quality Hornby and Bacchman lots in “shop” condition, steadily selling again and again in groups of 3 and 4 between £100 and £200. My personal favourite of the 00 was a Hornby Thomas and Friends Flying Scotsman which reached £230. But the high prices were found in the 0-gauge with a group lot containing a black No.2 clockwork tank and 5 particularly fine goods trucks including one rather wonderful snowplough gaining £620. But the star of the section was found with a metaphoric hens tooth - the Hornby pink refrigeration truck which chugged its way comfortably above its estimate to £660. Twenty more lots came from the large scale and railwayana section, finishing the railways strong with £500 gained for a fantastic quality vertical steam engine and £540 for a three-quarter inch scale traction engine.

But the real “marvel” to behold on October 3rd came in a short but much awaited single owner collection of comics. Holding superheroes such as DC’s Metal Men, The Flash, Green Lantern, Justice League of America, The Atom, and Marvel’s The Amazing Spider-Man and Fantastic Four, it could not fail to draw attention. The section stormed into action immediately with

high attention from online and in room interest, with the highest price of the group lots coming from a collection of Justice League Comics including early copies reaching £800. But the real superheroes came with the individual comic lots from Marvel, seeing £1,150 for Spider-Man No.2 "DUEL TO THE DEATH WITH THE VULTURE ", £2,200 for Spider-Man No.3  "DR. OCTOPUS " and (true to its title) an amazing £13,500 for the Amazing Spider-Man No.1 "the CHAMELEON STRIKES "! We were not done here with the end of the section even more fantastic than the start, seeing £1,850 for Fantastic Four No.12 "AT LAST THE FANTASTIC FOUR meet THE HULK ", £2,100 for Fantastic Four No.4 "THE COMING OF THE SUB-MARINER ", and £4,000 for Fantastic Four No.5 "MEET...DOCTOR DOOM ". The above results showing not only the importance of an early numbered copy, but like with Fantastic Four No. 12 and No.4  the importance of comic crossover events and the meeting of new and important characters to any franchise. We were not done there, as the height of the sale was found with a whopping £15,000 for Marvel’s Fantastic Four No.1 "THE FANTASTIC FOUR ". This represented not only the best price in this sale, but our best price of 2020, little did we start the year thinking that such a result would be found not in bullion or fine art, but in a childhood collection of paper comic books. All in all this 20 lot section brought a total hammer price of £46,370; not bad considering it all fit into one small box.

With that the sale was done, 881 lots had been sold with a miniscule buy-in rate of 3% and with some huge successes to boot. We had caught up with the familiar faces of the Toy Sale after almost a year apart, met plenty of new ones and more than made up for the lost sale of April 2020. Climbing off the rostrum I felt sure my father would have been proud of what we all achieved that day.