A Successful Sale In All Areas 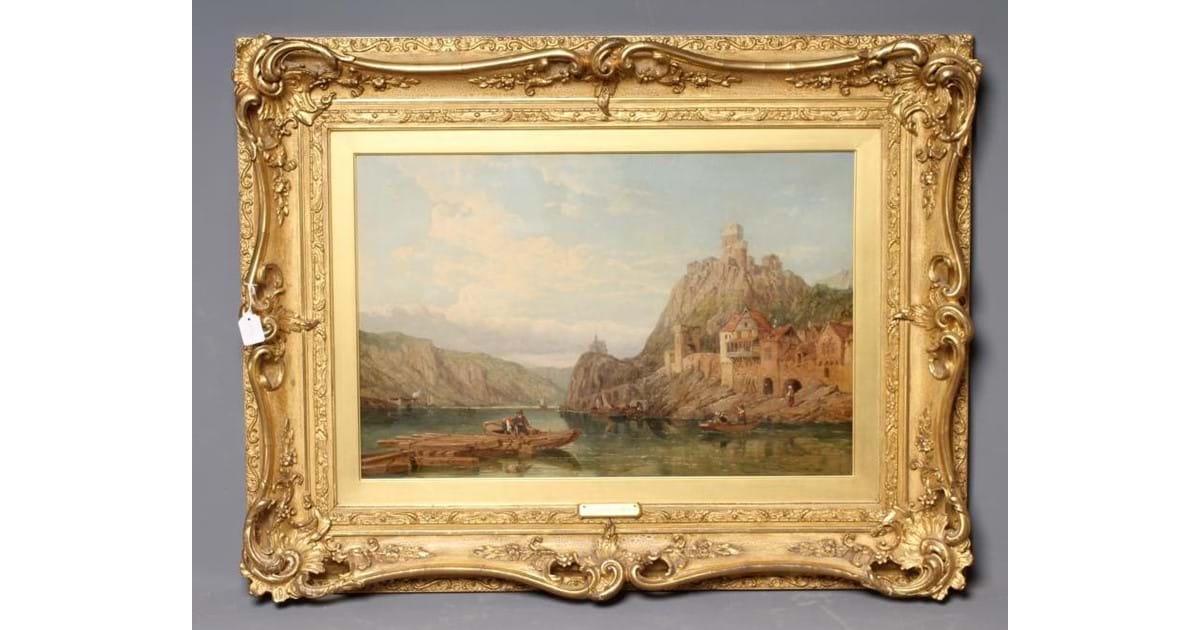 The Ilkley Autumn Sale at Hartleys Saleroom on September 5th pushed the boundaries of what is now in demand in what has been a polarised market for some time.  The obvious “special” items received their expected attention, but many more items also performed comfortably over estimate.

The absolute runaway price within the sale was paid for a lot in the book section comprising an album entitled “Photographs from Penang” by John Thomson.  The early date of around 1860 and the particularly good subject matter in China resulted in the pre-sale estimate of £8000-£12000 being left well behind with a final telephone bid of £27,000.

Eight of the top ten individual prices occurred within the picture section which boasted a good variety of local and other works.  Three oil landscapes with sheep by Thomas Sidney Cooper from a local estate produced £5600 for a large oil, and £4800 and £2900 for two smaller works.  A watercolour “Orchid” by Elizabeth V. Blackadder quadrupled its top estimate at £4400, an oil “Childhood – Happy Days” by Joseph Clark sold well at £2900, and a Study of “Moselle” by George Clarkson Stanfield dated 1872 reached £2600.

Amongst the Yorkshire art, a typical empty rural scene by Peter Brook found £5400, an oil by Ilkley painter Herbert Royle reflected days of old with a price of £2200, and two oils by Brian Shields “Braaq” helped maintain his position with prices of £4400 and £7000.

Two pairs of Chinese wig stands in the ceramics section at the start of the sale eclipsed their estimates to sell for £1900 and £1250.  In the same section a large collection of Royal Worcester included a pair of cylindrical vases painted with Highland Cattle by Stinton which found £1150, a Wedgwood “Fairyland” lustre bowl reached £1000 and a delightful Aynsley china tea service of 39 pieces with butterfly handles rose to £1950.

Silver prices, in the face of a relatively weak melt price, responded to rarity or sheer weight.  Requiring a robust butler to use it to the full was a 20th century four piece tea service with heavy tray, in all weighing 150ozs reached £1750, while a salver dated 1816 weighing 43ozs found £1200.

The jewellery and watches section was relatively small and produced four notable prices, a late Victorian 17ct top wind pocket watch selling for £1050, a Rolex Oyster Royal wrist watch £1850, a pair of possibly Russian enamelled cuff links £1100, and a Regency “REGARD” pendant (where the gemstones initials spell out the name) sold well at £1400.

The fine art section included a wide range of items, the top end of which was an Indo-Portuguese tortoiseshell box whose fine quality and condition justified its final price of £4200.  Also in this area were a pair of 20 ½” bronzes after Barbedienne, “Atalanta and Hippomenes” selling for £1450 and a Franz Bergman cold painted bronze figure of an Arab seated with his Koran on a matched stand at £1350.

The furniture buying was as selective as ever and it was reliable pieces which were rated most.  A Gordon Russell “Brazilian” rosewood dining suite of 10 pieces found £1250, a skeleton clock by Sinclair Harding £1100, an early Georgian joined oak press cupboard £1000, a pair of Globe Wernicke mahogany four tier bookcases £900, and a 48” wide leaded light oak bookcase by Robert “Mousie” Thompson £2000.

Other than books, the other specialist subject in this sale was the second of the year’s offering of arms and militaria.  The Spring show is usually the main event here but this sale also had its moments.  Amongst the edge weapons were a Seaforth Highlander’s dirk c.1900 by Kirkwood Edinburgh with plaid badge and photo of the original owner selling for £1550, and a French heavy cavalry sword dated 1812 which found £1350.  The fire arms included an English flintlock blunderbuss at £900, an East India Company Brown Bess musket inscribed 1777 also £900, a double barrelled over and under percussion pistol £700 and a rare three barrelled tap action flintlock pistol which reached a mid estimate £2100.