A Spring in the Steps of Buyers 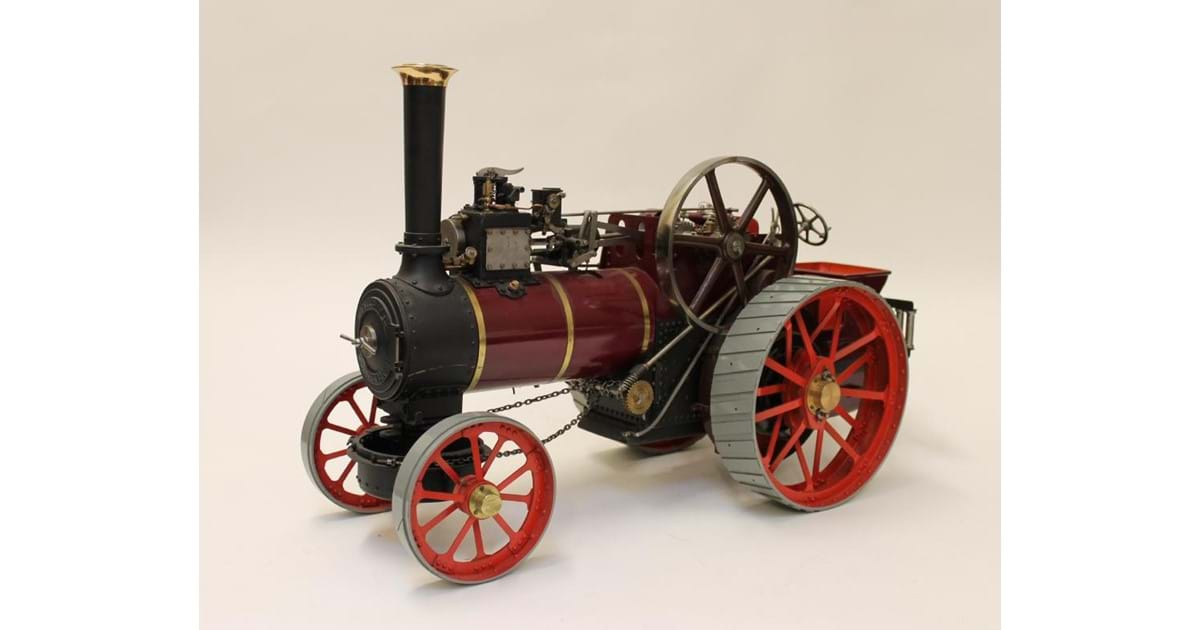 Saturday April 13th was declared the official first day of Spring of 2013 at Hartleys in Ilkley, West Yorkshire, as a total of over £92,000 was achieved for the twice yearly toys and collectors sale.  This is the best total they have had so far for this event in the twenty three years the sales have been held in spite of a reduced catalogue of only 590 lots.  Partly the reason was a particularly low buy-in rate of only 52 lots or 8.8%, but mainly some excellent prices helped towards the total.

Dolls in particular were considerably down in number having had a hard couple of years, but take up was much higher and the best price in the sale was included.  This related to a rare Bru bisque swivel shoulder head character doll, c.1880, with original or contemporary clothing.  The doll was marked on its shoulder and also on the one shoe (the other one was missing).  In addition, the right index finger was missing and an overall refurbish and clean up was urgently necessary.  Nevertheless against a lower estimate of £5000 the bidding finally stopped at £9000.

An unusual collection of thirteen items of Continental doll’s house furniture in printed paper-covered pine went way over estimate at £520, and a delightful pair of 7” china shoulder head dolls with another 7 ½” bisque doll sold after a bidding battle in the room at £1600.

Once again the teddy bear and soft toys section had its star lot.  This was a Steiff 22” bear covered in what is now very pale gold plush having been owned all its life by a lady born in 1918.  Condition was very good for its age and the price reflected this at £3,400.

A run of penny-in-the-slot machines was headed by an Allwin De Luxe oak cased amusement machine selling for £675, and a Mills Black Beauty fruit machine in working order but very reluctant to pay out, which found £420.

The construction toys were dominated by two No.10 Meccano Sets both with blue, yellow and silver parts in oak chests.  The slightly later version reached £1150 and the earlier one £1450.  A much earlier Bayko “Light Constructional Set 2A”, together with an “Ornamental Additions Set B”, including some very rare Bayko parts sold for £425.

The die cast vehicle sections started with a run of eight Shackletons Foden six wheel tipper and platform lorries.  Usually only one or so of these sturdy larger clockwork toys is seen in these rooms each year so this accumulation was a rare treat.  Five of them were boxed and in generally good condition, the best being a blue tipper selling at £340, and a yellow tipper £360.

Die cast sales generally appeared to be one of the few muted areas of the sale, and bidding was very selective.  A Corgi GS16 Ecurie Ecosse Set found £200, a Corgi 270 James Bond Aston Martin in bubble pack £260, and a 267 Batmobile and 107 Bat Boat £250, all in good and boxed condition.  A boxed Dinky 942 Foden 14 ton tanker “Regent” reached £200 and enthusiasm for job lots of playworn Dinkies allowed a collection of thirteen including an AEC Shell tanker and a Guy Slumberland van to find £380.

Finally, the model railways and larger models were offered, and as usual the O gauge section, including potentially much older stock produced the better prices.  Two items which produced little interest six months ago, woke up this time to sell well.  They were a Midland and Great Northern 4-4-2 tank locomotive in mustard and yellow which found £640 and a Bassett-Lowke three rail electric 4-6-2 Princess Elizabeth locomotive and tender selling for £780.  In completely as new condition in its box with all its packing was an ACE Trains A4 Pacific locomotive and tender which sold for £750, a Hornby No 2 Special electric 4-4-0 locomotive “Eton” reached £380 and a Hornby E220 electric train set with L.M.S. Compound locomotive and tender and two Pullman coaches went to its top estimate at £640.

The selection of scale models included stationary engines and mobile pieces of various types and scales.  The best looking by far was a fine 1 ½” scale Allchin traction  engine 26” long which sold at a double estimate of £2700.  Another similar engine, this time 2” scale, and in incomplete and unfinished condition still reached £1105, and a 3 ½” gauge 0-6-0 saddle tank locomotive “Salmon” found £700.