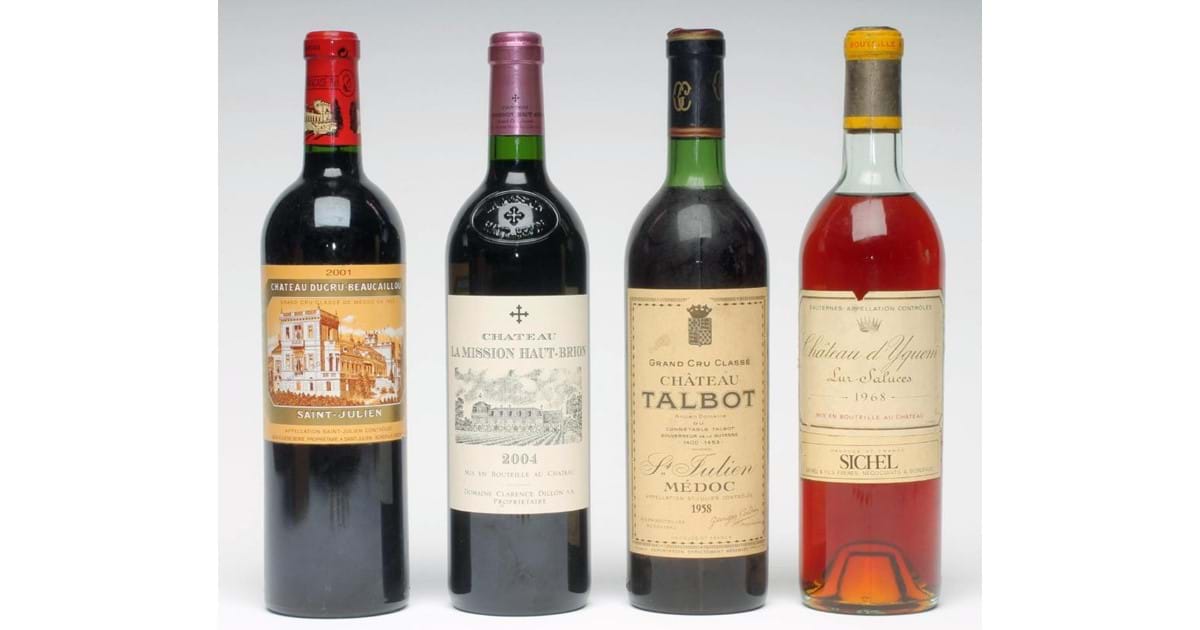 The annual wine and spirits sale at Hartleys in Ilkley on November 17th was a great success with all bar one of the 371 lots finding a buyer.  The final total of nearly £47,000 was well past the bottom estimate total and produced several surprise prices.

The most exciting was a bottle of Romanee-Conti La Tache, one of the most sought after Burgundy wines, bearing the date 1945 which produced large pre-sale interest.  The final price from a telephone bidder was a ten times pre-sale estimate of £3400.

The largest section in the sale was the Bordeaux, with a wide variety of mixed lots and single bottles.  The highest price was £700 for a case of six bottles of 2000 Pavillon Rouge du Chateau Margaux.  A single bottle of 1968 Chateau d’Yquem reached £320 and two single bottles of 1975 Chateau Haut Brion found £260 and £250 respectively.  Two bottles of 1956 Chateau Latour together sold for £420.

The other longest section was devoted to whisky and the rare single mats were subject to intense bidding in the room.  The best price here was £600 for a bottle of 1975 Ardbeg “Old and Rare” bottled in 2006, one of just 180 bottles.  Other single bottles included a 1960 Convalmore bottled in 2002 selling at £300 and a Bowmore 21 year old Islay Malt £250.

Another particularly lively section was the Champagne.  A magnum of 1975 Joseph Perriere reached £210, a bottle of 1995 Louis Roederer Cristal Rose found £240, and a pair of 1990 Dom Perignon sold together for £290.  Best of all was a magnum of 1966 Dom Perignon which tripled expectations at a price of £1250.