A Quirky Sale for Christmas 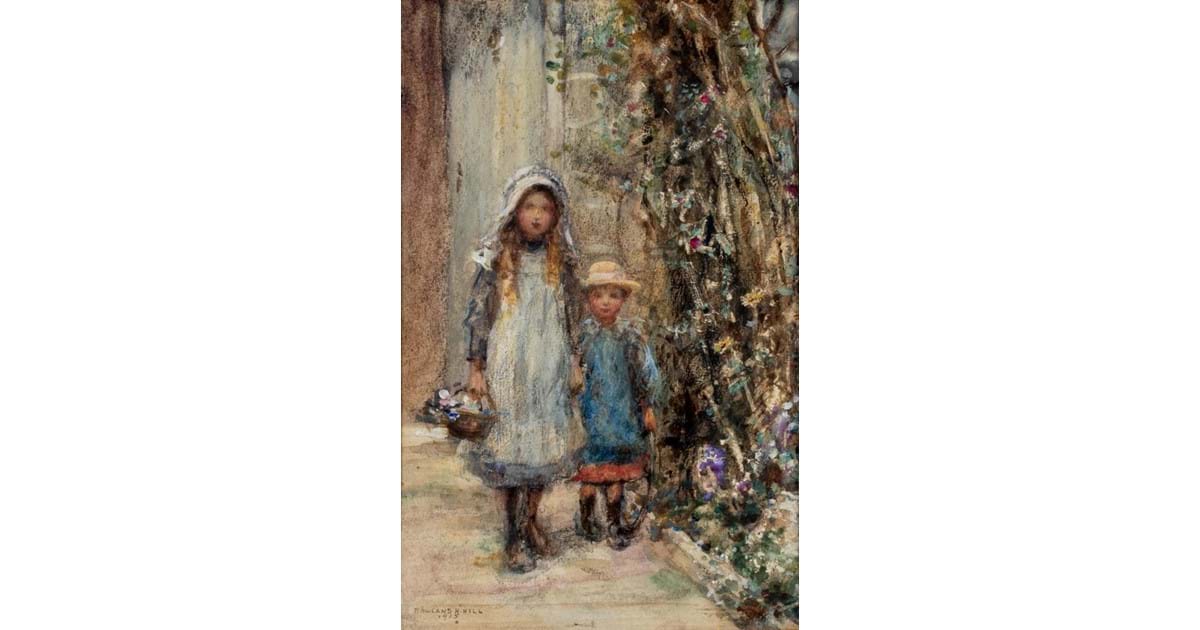 Hartleys winter quarterly sale held on November 27th was different from previous events mainly because of presentation and organisation.  Extra staff were laid on to provide further live internet connections, the silver section was divided up to include our Christmas bijouterie section and a larger than usual furniture section of 150 lots produced right across the price spectrum, against consistently “realistic” pre-sale estimates.

The prints which led the picture section starred a typical view of Long Melford Church by John Piper No.139 of 275, which found a mid estimate £1100.  A pair of busy port scene watercolours of London found £1000, and amongst the oil paintings, a bright Mediterranean scene by Charles D’Oyly-John “The Road from Eden Roc to Monte Carlo” produced £1300.  Also within the oils were a pair of terriers ratting in a barn by Charles Dudley which rose to £950, and “Man of War, Anchored in a Busy Channel”, by John Callow, a work of great movement and atmosphere, which found £2300.

The most startling lot in the works of art section was a Regency coromandel campaign dressing table box with plenty on the outside including campaign handles, brass crest, armorials and maker’s mark, but very little on the inside, just original rich red velvet compartments but no contents.  Nevertheless this lot achieved a ten times lower estimate figure of £1250.

Watches are always well worth keeping an eye on, and on this occasion a Jaeger Lecoultre Reverso wristwatch reached £1300, and an Edouard Heuer chronograph wristwatch from the 1960’s sold well at £1050.  The best jewellery price was £2700 for a classic three stone diamond ring of approximately 2cts in total.

The gold lots were mainly Victorian sovereigns and similar items, but also featured a Baronet’s silver gilt and enamel badge of around 40g. which sold for £950, and an 18ct gold albert chain remodelled as a bracelet mounted with various charms which reached an 8 times lower estimate price of £2300.

The larger items of silver tended to some extent to follow the bullion price and for instance a William IV and Victorian composite table service in fiddle pattern of 95 ¾ ozs reached £900, while a Victorian four piece tea and coffee service of 69 ¾ ozs achieved £850.  An extensive table service for twelve settings dated 1992 of 231ozs, and including steel knives and a fully fitted mahogany canteen raised on a separate table base took a good price of £3600.

There were however in earlier lots plenty for buyers to get their teeth into at the lower end.  Such as a late Victorian novelty inkstand centred by a piece of oak from Shakespeare’s birthplace reaching £360, a pocket corkscrew probably 19th century Dutch at £440, and an Edwardian 9ct gold sovereign case dated 1903 of 22.8g which sold for £380.

One of the best surprises of the sale occurred very early on, amongst the ceramic lots with the offer of a Royal Doulton china “Mandarin” figure dated 1920-1938 marked HN366, designed like so many by Charles Noke but in this case clearly a very rare piece.  This romped way past its pre-sale estimate to produce the best price of the sale at £6,600.