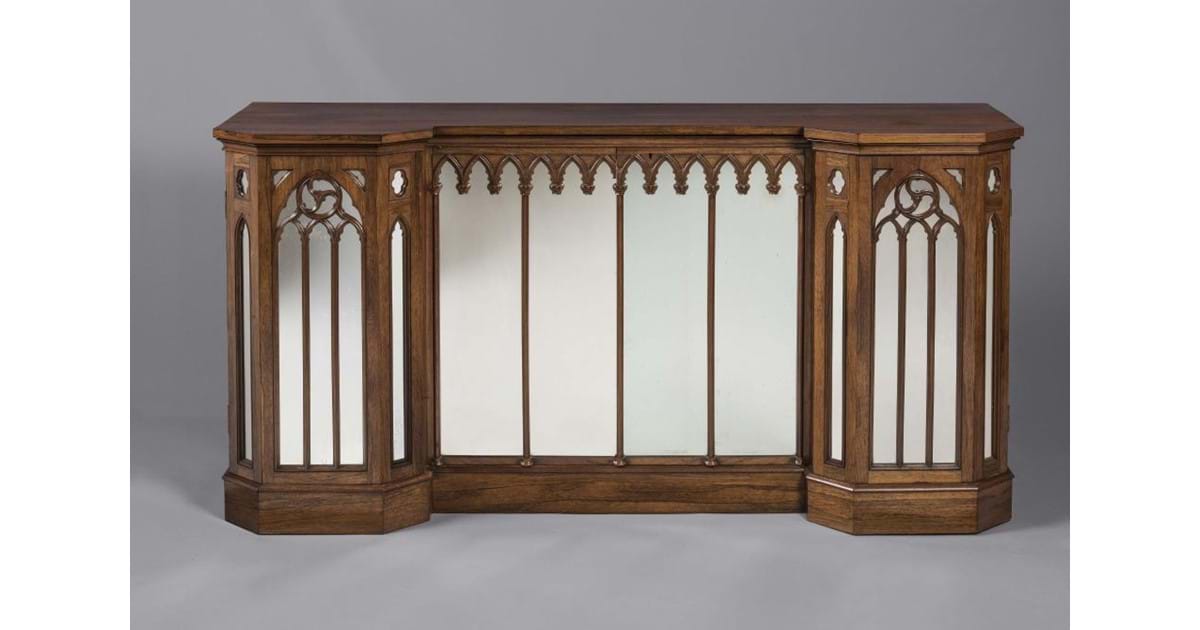 The Spring fine sale at Hartleys in Ilkley on March 21st was a very mixed selection of items producing a mixed reaction from buyers.  Strongest amongst the categories was the special section of 110 lots of Militaria and Sporting Equipment which produced some of the highest prices above estimate and the best selling rate.

The secret in this case was the diverse offering of items including guns, swords, South Sea clubs, fishing gear and other specialist items.

Of the nine four figure prices, the highest at £1500 went severally to an East Australian Baggoro Club, a Turkish Yataghan sword with silver mounts and scabbard and a South Sea Islands fighting staff.

The day started with the ceramic entries and the best price here was a 13 ¾” Ruskin pottery vase c.1925, found in the attic of a probate valuation which otherwise totalled less than £500.  The vase doubled its top estimate to sell for £3600.

A stunning Royal Worcester vase and cover painted with sheep by Harry Davis also sold well at £3900, and a Chinese porcelain plaque 15” x 10” set in a carved hardwood table screen sailed past its estimate to achieve £1800.

The coin section, well endowed with a variety of gold coins, featured for South African Krugerrands and all dated 1980 which sold for up to £860 each, and a set of 43 tiny 22ct gold medallions “The Kings and Queens of England” each 3.1gm plus an extra one, which together reached £3000.

A relatively small but interesting jewellery section included various types of items.  Two rings which sold well were a diamond cluster ring, possibly Edwardian, selling for £1200, and a sapphire and diamond three stone ring reaching £1450.  An 18ct bi-colour gold collar found £1200, and a ruby and diamond set pendant £1350.  The best of the lot was another pendant set as a diamond cross which went to a mid estimate £3100.

Works of art covering a wide field of skill and materials included a delightful cold painted bronze of a dancing girl by Franz Bergman, selling for £1200, and a fully fitted 19th century Naval medicine chest reaching £900.  A run of specialist cameras included a Fujifilm GF670 at £1000, a Nikon FM2 and a Nikon FM3A selling together with other items at £1000, a Hasselblad 503CW £1300, and a Leica M6 with accessories £1100.

The picture sections always start with prints, and this time a larger than normal offering produced some higher prices.  A signed and stamped reproduction in colours after L.S. Lowry doubled its estimate at £2900, and a modern silkscreen “Empty City Strategy” by Xu Lei found £1200.  A series of three coloured lithographs by Edward Bawden showing scenes of London sold for £1500, £1900 and £1500 respectively.

Back to more traditional art, a typical oil “Broad Acres” by William Sydney Cooper sold for £3000, and a Townscape with figures by a canal in watercolour by Frederick Lawson quadrupled its estimate at £900.  Yorkshireman Peter Brook had two oils on offer.  “Undaunted Sheep” typical of his work found £3800 while an unusual “North East, Sand Yachts” achieved £2300.  A most unusual oil by Stuart Walton “The Conversation” depicting four men on a bench deserved its final bid of £3800.  A typical industrial oil landscape by Brian Shields (Braaq), brought in the highest price of the sale at £6200.

In the clock section, longcases were, in the main, shunned in favour of more complicated table clocks.  An 18th century ebonised bracket clock by E. Wickstead, London, reached £1500, an ebonised table clock by R. Dovers, Bath doubled its estimate at £4000, and a superb mahogany cased musical table clock by D. Fenn, London sold well at £5800.

The final section devoted to furniture was the hardest nut to crack with a lot of the more ordinary items failing to sell.  Worthy of note however was a 36” square oak table by Robert Thompson, selling for £1200, comparing oddly with a lovely 84” oak refectory table c.1700 which only found £1050.  A mid 18th century oak dresser with delft rack reached £1200, a set of eight Regency mahogany dining chairs including two elbows sold for £1500, and the last lot of the sale, a majestic Gothic mirror panelled inverted breakfront rosewood side cabinet, just managed its bottom estimate of £900.