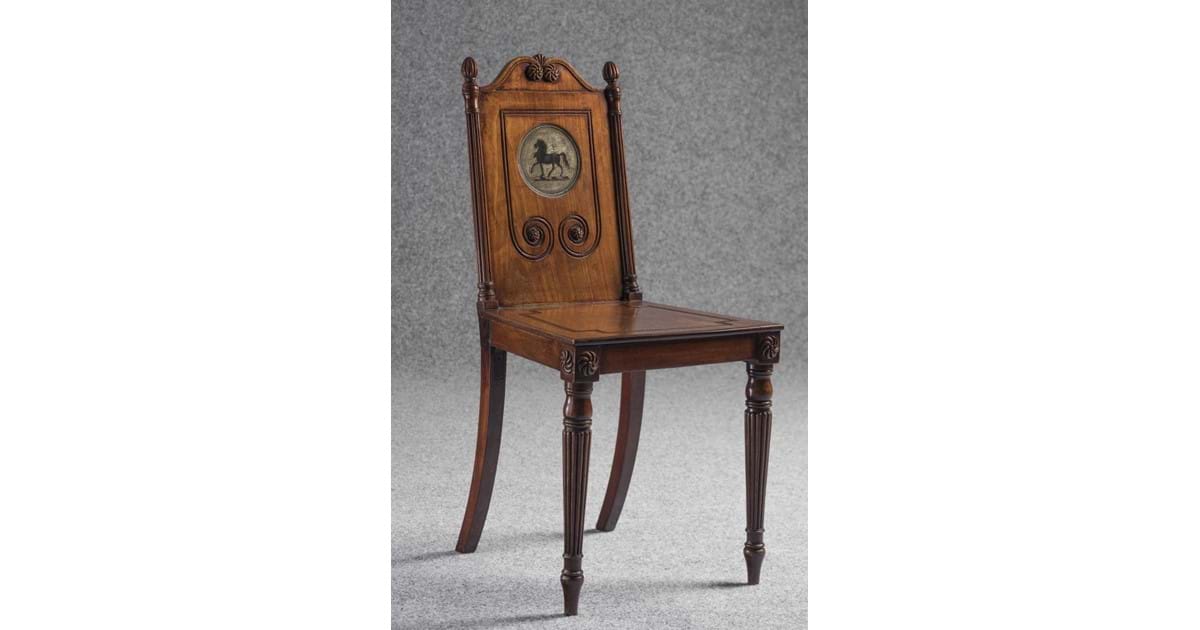 There was a rewarding result for Hartleys auction sale in Ilkley, West Yorkshire on November 28th producing a final total of over £240,000.  There were no large single prices to reach this figure, just a good all round selling success with only 20% unsold from 721 lots.

The morning sale started with ceramics and glass and soon a composite lot of five blue and white Chinese porcelain items surpassed its pre-sale estimate of £250 - £400 to reach £1300.  A stunning 20 piece dessert service c.1820 in the style of Thomas Steele rose to £2500 and an Aynsley 1930’s china “Butterfly” tea service found £900.

The coins, watches and jewellery section ran to 215 lots, much larger than usual with an obvious nod to the time of year.  Thirteen lots sold for four figure prices including a 1902 specimen set of 13 gold and silver coins selling at £4,500, and a U.S.A. Liberty 20 dollar piece loosely mounted in a frame and chain found £1050.  A gents 18ct white gold Piaget quartz wristwatch and strap complete with 1986 case and paperwork sold for £1,950 and a lady’s Omega de Ville wristwatch £1050.

The paintings started off the afternoon session and, early on, a charming pair of hand coloured aquatints by John Harris III, c.1843, depicting a prize cow and a heifer confounded the pre-sale estimate of £100-£150 to reach £950.  An oil painting of a Continental townscape with figures by Bartholomeus Johannes Van Hove found £2500, and a Manchester Street Scene typical of Arthur Delaney rose to £2900.

The Yorkshire section of pictures was totally dominated by four works by Brian Shields (or Braaq), producing prices which reflected results of two or three years ago before demand and prices appears to stall somewhat.  Three oils all with typical industrial townscapes and figures comprised a view over a frozen lake selling at £7200, another with a football match in progress £6,400, and “Sunset Liverpool” £7,400.  A fourth work only 7 ¾” by 6 ½” unusually executed in pastel comfortably exceeded its estimate at £1,800.

The works of art, clocks and furniture completed the sale with the biggest surprise in the former section being a composite lot of a Japanese Meiji period cloisonné jar and a carved ivory okimono of a man with a cat at his feet.  This lot left the £100-£150 pre-sale estimate standing to sell at £1,600.

The outstanding item in the clock section was a most attractive French brass cased carriage clock which boasted secondary dials for month and hour and a repeater movement which deserved its final bid of £2400.

The furniture results suggested that, as reported elsewhere, this commodity is starting here and there to emerge from its long hibernation.  The start of the section was particularly good for morale as it contained several early items of adzed oak by Robert “Mouseman” Thompson.  A chest of drawers c.1930 found £5,400, two “Monks” bow armchairs c.1940 each reached £1500 and a wardrobe dated 1935 £6,800.

Also within the 20th century category were a Scandinavian rosewood display cabinet c.1970 which found £950, and an Arts and Crafts style oak dining suite by Heals of London comprising a table, six chairs and a sideboard which sold or an astonishing £3,300.  An Art Nouveau style mahogany bedroom suite by Maple & Co comprising a triple wardrobe and a washstand reached £1050.

The most interesting furniture lot was probably a set of four mahogany hall chairs in the manner of Gillow, the solid backs inset with a painted roundel depicting an equine crest.  With the help of the provenance of the Coulthurst Family, Gargrave Hall, these sold for a satisfying £4,600.